The Best April Fool's Campaigns From 2017

April 1st rolled around again this weekend, and with it the joke products and adverts from a plethora of brands around the world launched for April Fool's Day.From the believable to the downright barmy, it's the day you can trust no brand.

And of course we couldn't resist getting on board with the festivities by creating a prank product for our client, Topps Tiles.

But there were also some other awesome April Fool's pranks this year. Take a look at our pick of the best below.

According to this prank, British troops were to be issued with new Urban Pattern camo as modern warfare moves into more urban areas. According to the article on Forces News, the new kit had been tested earlier this year and thousands of tourists have failed to spot the troops in the new kit. 'Leaked' pictures show the new 'brick' print, but 'stone' and 'pebble dash' are supposedly expected to be release and issued depending on deployment location.

This was a brilliantly topical April Fool's joke that highlighted the changes in modern warfare, and also gave a nod to The Great British Sewing Bee finalist, Lieutenant Colonel Neil Stace.

Probably one that would rake in the viewers if it actually happened, but we can't help but laugh at this one. BBC Three simply announced a new, exclusive documentary from David Attenborough. The subject? Grime.

Whilst the announcement was accompanied by an amusing mocked up image, not many people fell for this. Except for Stormzy, one of the biggest grime artists in the UK at the moment, who fell for it hook, line and sinker!

It's a well known fact that people love penguins, and coupled with the fact that there are some very unconventional, obscure degrees out there, we expect that some people got extremely excited about the idea of a degree dedicated to studying penguins.

It's only when you look at the course contents that you realise this is all one big joke. Stating that not only will each student receive their very own adult penguin to raise for the year, they will also learn 'Penguinese - the language of penguins.'

We can't help but have a laugh at the idea of a bunch of students making penguin noises for a grade.

We're sure a fair few people really wanted this one to be true. Just how useful a canine cabin crew would be, especially in an emergency, is unclear. But you can't help but think plane journeys might be a little more fun with a fuzzy companion - and you have to love the advert they produced for this joke.

Poking fun at the fact that emoji is the fastest growing language in the UK, language app Duolingo decided to add it to their library of courses offered, calling it 'The final chapter in the evolution of human connection'.

As more and more people use emojis more often, is this joke actually also a glimpse of the future?

We're cheating slightly and lumping two pranks together, as the 'new products' from Burger King and Subway sound equally revolting.

Subway branches out into dessert offerings. Their brand new ice cream was said to be available in their classic sandwich falvours, including tuna and chicken tikka. If that leaves you with a bad taste in your mouth you can always get rid of it with Burger King's new Whopper flavoured toothpaste...

We don't know about you but we'll pass on both!

Thinking about tying in some marketing with a seasonal event of your own? Why not get in touch and see how we can help.

What was your favourite April Fool's prank this year? Let us know at @bcsAgency. 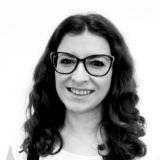