A beautiful, simplistic design execution that conveyed in a confident manner the attention to detail and excellence of the Aston Barclay proposition throughout its new mega centre in the North of England.

With the opening of a new physical auction site in the North of England, Aston Barclay required interior visuals and messaging to create a continuous look and feel throughout — conveying to visitors and clients the exciting new levels of excellence this vast new mega centre would bring. 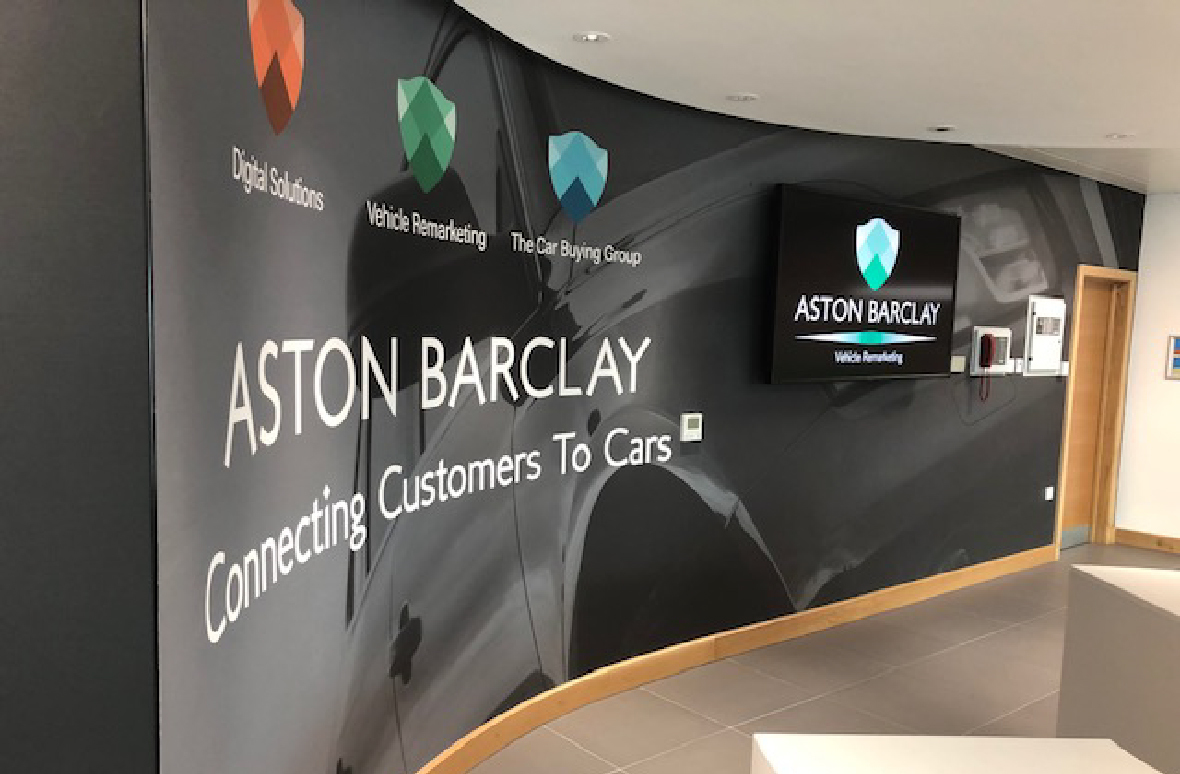 While the temptation in such an exercise is to lead with all the latest innovations and digital offerings, this was abandoned in favour of a more ‘timeless’ approach, leading instead with something far more simplistic. This was done to ensure the delivery of a clear, concise and extremely confident overarching statement, while also resulting in an overall look and feel that would endure over time.

This approach would not only help define the identity of the new physical auction site — creating a cohesive and engaging customer journey throughout — but would also feed into the surrounding promotion and supporting marketing communications; all working together in establishing a seamless brand experience for audiences to interact with. 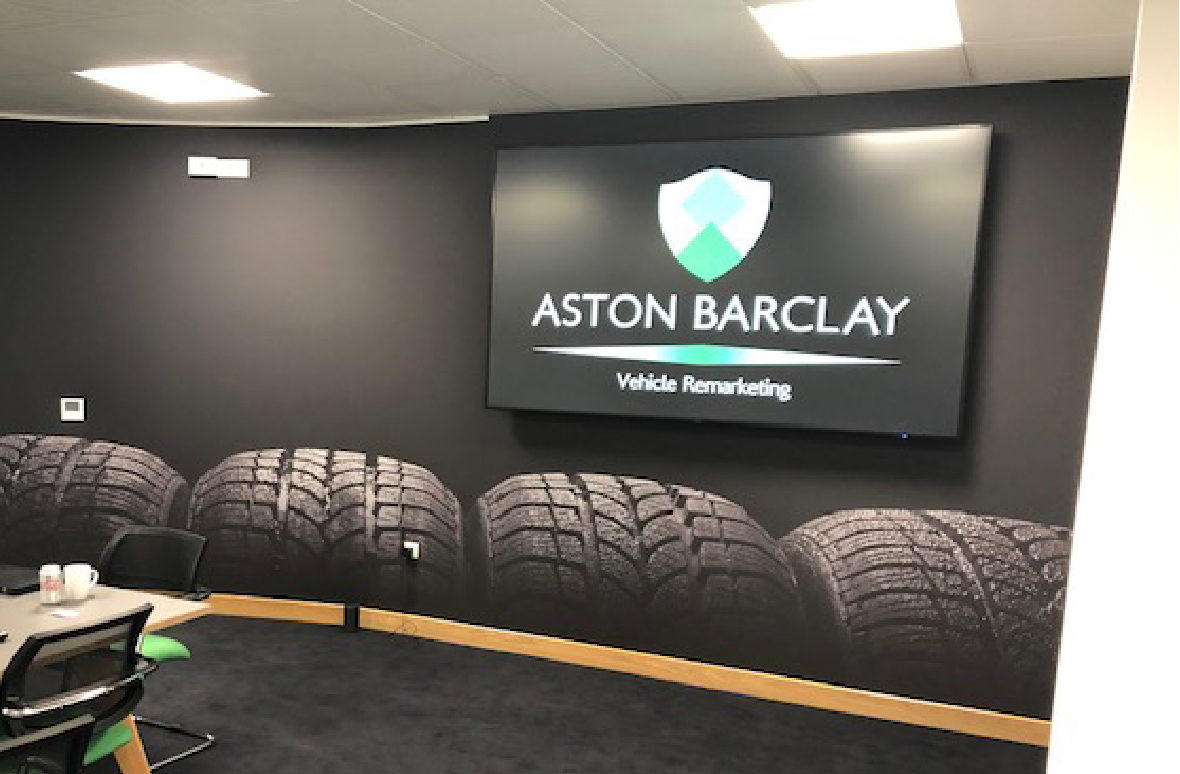 Having presented the overall look and feel, the concept was so well-received internally that the inclusion of digital screens (while retaining the original simplicity) and floor graphics to enhance the experience further was also requested. To keep the project on track and budget, production was tightly and efficiently co-ordinated within the Carmichael Collective team, resulting in a successful grand opening of the new centre accompanied by nationwide media coverage.

"Getting the creative right wasn’t easy though I’m delighted with the end results, though the complex nature of the delivery became in hindsight a much larger part of the project and the Carmichael Collective team really delivered and I have utilised their services for other centres as I’ve been so impressed with the results." 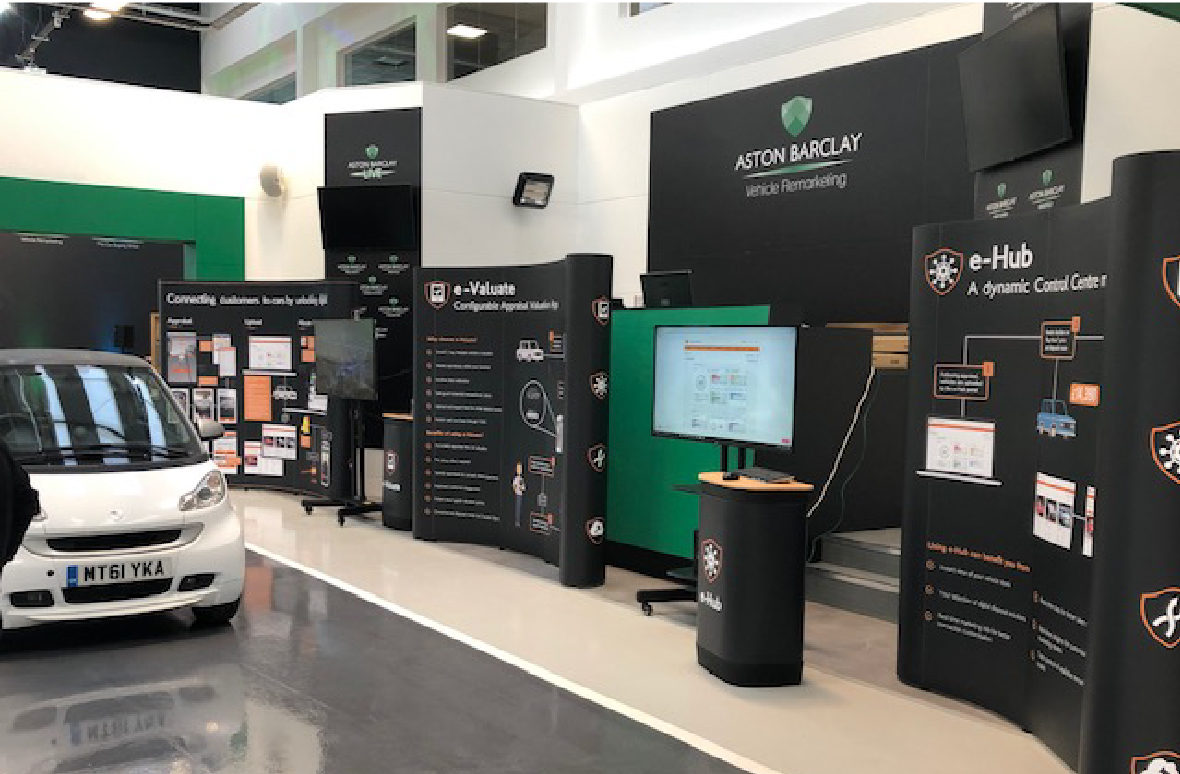