You might remember last summer when Facebook introduced the live streaming function for public figures. The feature was great for watching your favourite public figures do what they do as and when they do it. Since then, it became available to regular Facebook users in the US. Most recently it has become available in the UK and is already gaining great traction from users streaming live videos. Keep an eye out for an upcoming blog on how to live stream.

Earlier this month, Facebook announced some pretty cool new features to the live streaming service which will be rolling out in coming weeks on IOS and Android.

This could really start to change what you see in your news feed and will offer a great live streaming service. This change could also add a new creative dimension to brands with marketers having to find new and exciting ways to engage with an audience using live streaming. The question is, will this update be able to stand up to the successes of Periscope and Snapchat?

A spokesperson from the company stated “We’ve seen that people comment more than 10 times more on Facebook Live videos than on regular videos”.

Coupled with their recent purchase of MSQRD is it a safe bet to say that they will soon start to incorporate MSQRD’s functions into Facebook and Facebook Live? Although nothing has been confirmed, it will be interesting to see if our predictions are on the money with this one.

Could Facebook topple Snapchat and Periscope in the live streaming battle? Why not tweet us your thoughts - @bcsagency 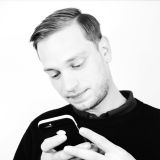