It’s the acronym everybody loves to hate and ROI (Return on Investment) has been clucking at the tips of tongues since marketing’s very conception.

In layman’s terms, ROI is simply evaluating the efficiency and performance of one activity or comparing multiple activities within a campaign to understand which offers the most return. It’s measured against the amount of return through investment into a project based on the investment’s costs.

The key to ROI is understanding your audience. There is nothing worse than making quick decisions to hash out a campaign and getting the message completely wrong. It sounds easy but the amount of times marketing falls down due to poor messaging proves that audience is key. A campaign could be visually stunning but if the audience don’t engage with it, then the investment will have been worthless.

So, how do you get it right from the offset?

And not just by face value! What are they doing? What are they interested in? Are they more likely to check their emails or handle direct marketing? Who are their competitors? What are their pain points? What social media channels are they using frequently? The more you know your audience, the better you’ll be at speaking to them and in turn, the more interested they’ll be in listening to what you have to say.

For example, if you know your brand’s key audience spends all its time on Facebook, there’s no point putting together a Twitter campaign and vice versa.

Are they active? Do they love your brand and keep coming back? Or maybe they’re lapsed? Find out why. Did you drop the ball? Did you stop communicating to them effectively or did another brand come along that they thought were better? Or are they the hardest relationship status of all – prospects. Maybe they know the brand a little, maybe they don’t at all or perhaps they’re die-hard fans of another. Put yourself in their shoes because after all, if you know your audience well enough, you should be able to think as they would and create a hook that will draw them in no matter their status.

Now you know your audience and you know how they react to your brand, next you need to create a campaign that will speak to them on their own level to generate that all important ROI. It doesn’t all have to fit into one box either. You might engage differently with active customers to how you would with lapsed ones and the same goes for prospects. An email to thank active customers for their loyalty will have a different affect to a personalised letter with customer quotes from peers and your brands unique selling point to prospects. It’s important that you understand and know what you want to get out of each activity.

It could be as simple as having a hundred customers that are a mixture of active, lapsed and prospects. Your hard objectives could be to convert 30% of the lapsed customers and 20% of prospects. If you set your targets to begin with then you’ll have a focus.

If you set out your hard objectives before the campaign goes live, then you’ll know exactly what you’re looking for when it hits. Click-throughs on an email, filling out a form online and engaging with a pre-sales team member all leads to generating ROI. Return isn’t always down to money either, it could come through new engagements and leads too. Depending on the campaign, it could take months to achieve the final desired outcome but along that journey, tracking engagement can lead to more ideas and adding more factors onto your initial campaign which will in turn help your campaign flourish.

The ability to track when each activity was launched and the engagement that came off the back of it will allow you to choose future campaigns based on your audience’s previous behaviour, and thus, help you generate the best ROI.

If you’re interested in learning more about how you can optimise your campaigns with ROI, why not drop us an email at info@bcsagency.com or call us on +44(0)115 948 6900 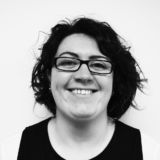