One Lady And Her Chewbacca Mask

We’ve got to talk about the infectious laughter of the lady wearing the Chewbacca mask… come on you must have seen it?A viral video of a lady’s hysterical reaction to a Chewbacca mask is taking social media and the Internet by storm.

Candace Payne, the star of the video bought the mask as a birthday treat for herself from US department store, Kohl’s. All she wanted to do was show her friends and family just how funny the mask was, but little did she know that her Facebook video would make her an overnight internet sensation.

So if you have somehow missed the video, you need to check it out now - RIGHT NOW.

Currently the video has received over 100 million views, making it the most viewed Facebook Live video ever, according to BBC.  Although this is a great example of how quickly a video can go viral thanks to the world of social media, that’s not what we’re interested in for the purpose of this blog.

OK, so where’s the PR element to this?

Right, now that you have a bit of background and hopefully have a smile on your face after watching the video, let’s talk PR.

*Queue round of applause for Kohl’s PR team* who responded to this delightful video in an equally charming way, securing themselves some great coverage, as well as hugely boosting Kohl’s overall image as a company and demonstrating the power of reactive PR.

Although Kohl’s was unable to keep the unexpectedly popular mask in stock, it did handle its response in a very slick style. In a video posted to Facebook on 21st May, a representative from Kohl’s visited the Payne’s family home and surprised them with several more masks and an enviable treasure chest of Star Wars merchandise, in addition to $2,500 in Kohl's gift cards.

The Kohl’s representative, said: "We want to thank you for being a loyal Kohl's shopper," he told Candace. "We can't tell you how much we appreciate that." – see full video here.

This was a fantastic PR ploy by Kohl’s, as it not only created a media frenzy surrounding the brand but also underpins the ethos of the company –‘Kohl’s Cares’, a company programme to give back to the communities it serves.

You’re not you when you’re hungry

The key to reactive PR is that it is done quickly and executed seamlessly. And Snickers is another company that does this to perfection.

Last year, amidst revelations that Jeremy Clarkson had been engaged in an explosive rant with a producer after being denied a hot meal at the end of a hard days filming, Snickers sent a free supply of the confectionary in an extension of its ‘You’re not you when you’re hungry’ campaign.

This proved to be a fantastic brand awareness exercise for Snickers, which saw the below Tweet be retweeted 4,895 times.

So if you want a team on hand regardless of the scenario or simply fancy a chat, give us a call or drop us an email today. 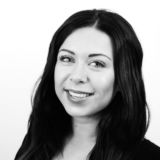