Placing FOBTs on the political agenda.

Raising awareness of problem gambling, placing the issue of FOBTs firmly on the political agenda.

Murray was engaged by The Campaign for Fairer Gambling to deliver a grassroots campaign to raise awareness and educate key stakeholders in the gambling industry, government and the public on the issues surrounding Fixed Odds Betting Terminals (FOBTs) – high street betting shop roulette gaming machines – with the aim of reducing the maximum stake from £100 per spin to £2 per spin and removing addictive roulette content from FOBTs in high street betting shops. 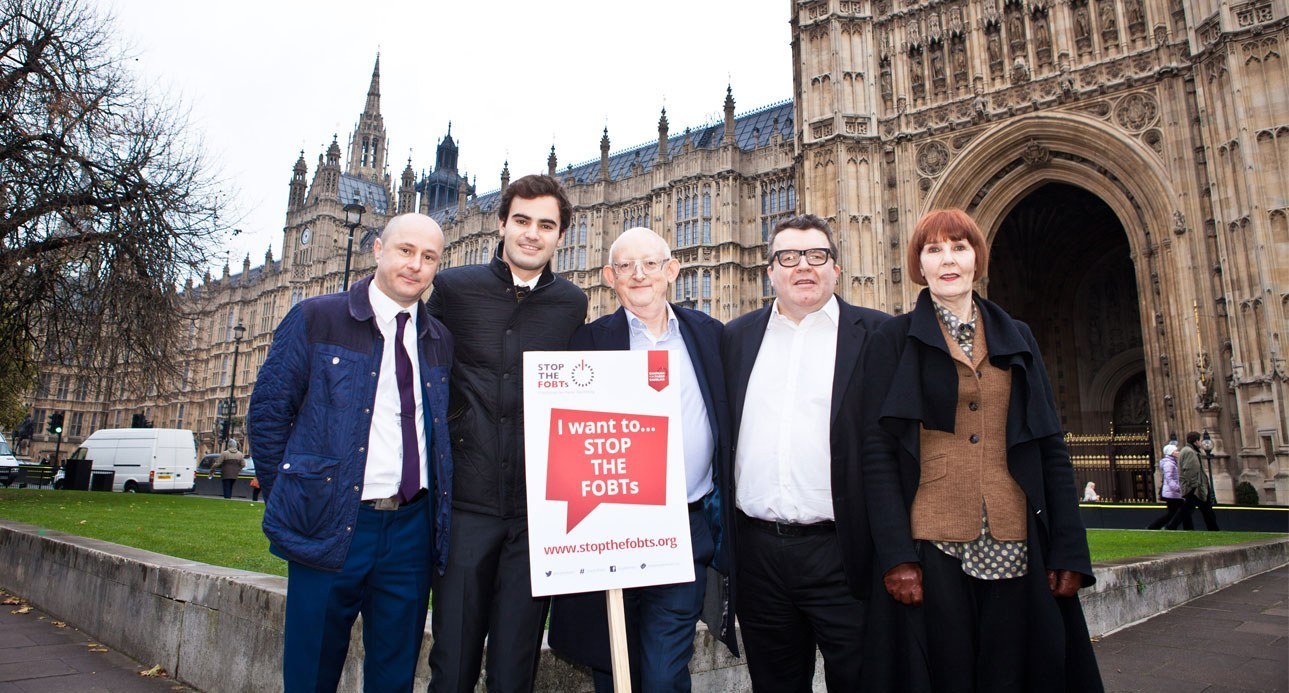 Murray and his team developed an integrated campaign that boosted online presence, made the front page of national press, placed campaign consultants on prime time TV and positioned the issue firmly on the political agenda.

Identifying and working with relevant stakeholder groups including MPs, local councillors, local authorities, gambling support groups, special interest groups, FOBT players, members of the public, the bookmaking industry, betting shop staff and the national, trade and regional media has been an ongoing focus for the Campaign.

Based on findings from Campaign commissioned research, www.StopTheFOBTs.org was launched early in 2013, offering a dedicated platform for the campaign, which was formally launched in February 2013. Murray organised a launch event at the Houses of Parliament, hosted by David Lammy MP and attended by over 60 MPs, supporters, specialist interest groups and national journalists.

An ongoing letter-writing exercise to the Department for Digital, Culture, Media, and Sport (DCMS), the Gambling Commission, Local Authorities, MPs and the Association of British Bookmakers (ABB) was also implemented. 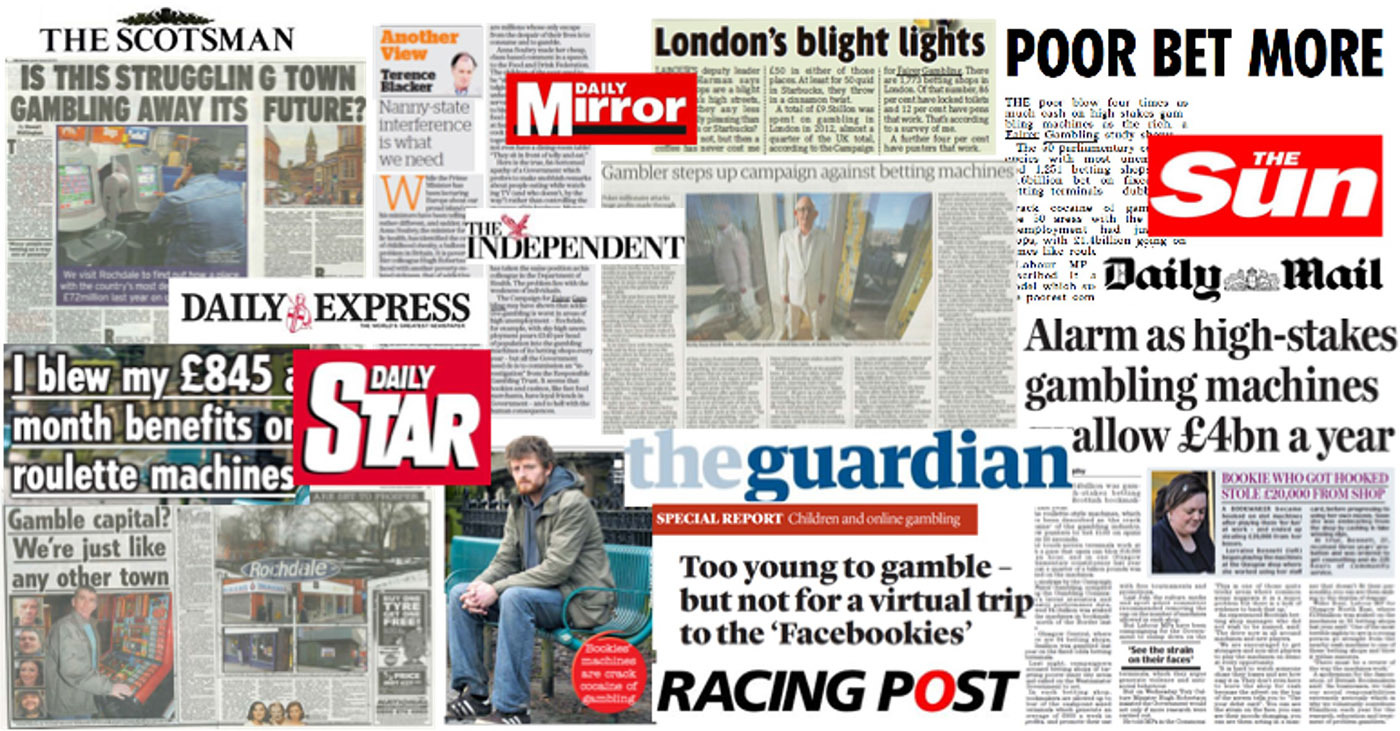 Over 4,000 pieces of coverage have been generated for the Stop the FOBTs campaign since the formal launch in February 2013, including extensive profile pieces on Campaign founder in the Guardian and the Financial Times, and live TV debates on BBC Newsnight, Sky News and more.

Working closely with national journalists, the Campaign has been positioned as the go-to organisation for comment on all gambling-related issues and has kept the topic of problem gambling firmly in the forefront of the media mind.

With the publication of the review, a 12-week open consultation period was opened. Various reduced stakes for FOBT machines were proposed between £2 and £50, resulting in a political shift in attitudes toward the problem and an eventual change in legislation. In 2018, the government agreed to reduce the maximum stake on all FOBTs to £2. This new law was later officially enacted in April 2019, a huge triumph for hundreds of thousands of people across the country.

“When I first met with Murray I had to explain to him what an FOBT even was. The fact that they are now part of the nation’s vocabulary is testament to him and the team. He’s been involved at every step of the way, even aiding me in bringing on board campaign consultants as the activity grew.” 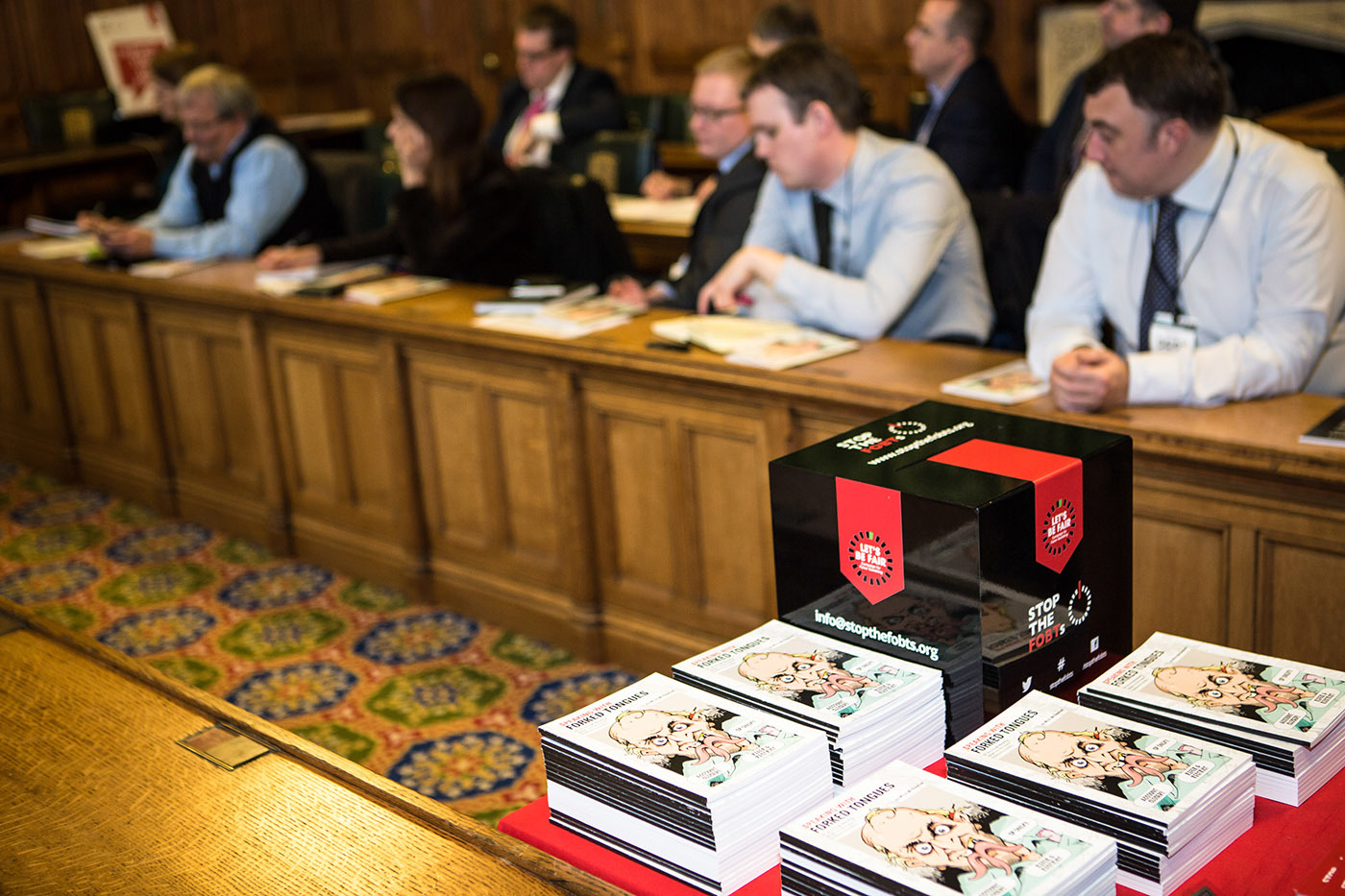